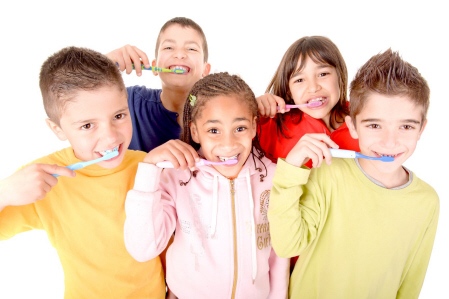 These are two topics that strike fear in the hearts of all parents: what will happen when my baby starts teething?

How will he respond when it’s time to wean him (from the breast)?

Teething is not a disease, but a condition of growth. It shouldn’t be dreaded, but simply seen as an accomplishment of a healthy, growing child. Most babies begin teething between 6-8 months of age, but as in all children, it may vary wildly.

Some babies are known to teethe as early as 2 months or as late as 14 months. Pediatric dentists agree that the longer it takes a baby to teethe, the stronger and healthier the teeth are.

Teething should not affect nursing in any way, unless your baby begins chomping down on your nipple. While this is painful and one’s natural response would be to yelp, if you can stay calm and remove him from your breast while saying,

“No, no!” you will have a much better response and less biting later on.

Some babies will experience fussiness, irritability, increased salivation, and a slightly raised temperature as they teethe. A proactive dose of infant Tylenol will help greatly, especially before bedtime.

Weaning is defined by the process in which parents offer food supplements in place of or in addition to mother’s milk. This process begins the moment parents offer a bottle of formula or when their baby first tastes cereal. It is a gradual process.

When weaning from breastfeeding, it’s typically easier to drop the late-afternoon feeding first. Replace each feeding dropped with six to eight ounces of formula or milk, depending on the baby’s age.

Weaning from the bottle typically begins with your baby’s arrival at his first birthday. Again, it is a gradual process. Most moms wean straight to a sippy cup with great success.

As you replace each bottle (one at a time, though) with a sippy full of milk, be patient. It will take time for your child to catch on to drinking from one of these cups, and you don’t want to unduly frustrate him in the process.